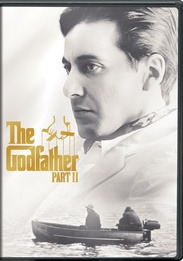 The sequel to The Godfather shows us the world of Don Vito Corleone before and after the story in the original film. Pacino is his son Michael, who struggles to bring the family into the modern age. In the film's extended flashback sequences, DeNiro is the young Vito as he gains power in the New York City Mafia.