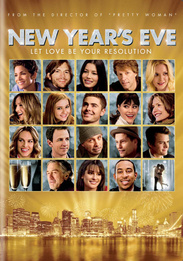 "New Year's Eve" celebrates love, hope, forgiveness, second chances and fresh starts, in the intertwining stories told amidst the pulse and promise of New York City on the most dazzling night of the year.

Rated PG-13 for language including some sexual references.