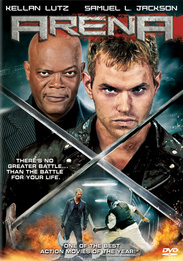 How do you make a fortune from the bloodlust of millions? One sadistically savvy businessman (Samuel L. Jackson) has created an empire with his brutal, fight-to-the-death gladiator website. His newest warrior is David Lord (Kellan Lutz), a kidnapped fireman, now imprisoned and forced to fight for his life. To buy his freedom, Lord agrees to do a series of lethal bouts. But as the body count escalates, and with his most challenging battle remaining, Lord unleashes a torrent of bloody carnage and reveals a secret that threatens to tear down the entire enterprise

Rated R for strong brutal and bloody violence throughout, graphic nudity and language.