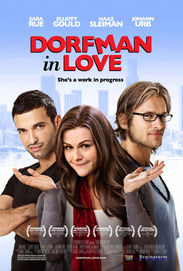 Sara Rue plays a young single suburbanite who is in search of love. She jumps at the chance to cat-sit in the downtown loft for the man whom she has envisioned to be the love of her life. He just hasnât realized it, yet. In seven days, she manages to not only transform the loft she is staying in but her entire life with the help of some of her new friends that donât always appear to be what they seem in this romantic comedy.

Rated PG-13 for sexual content, language and brief drug use.