Friday the 13th: The Complete Collection 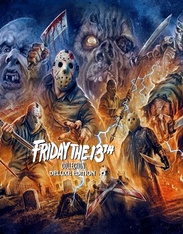 Celebrating the 40th Anniversary of the original Friday the 13th film (1980), this Collector's set includes all 12 films in the franchise plus new and existing extras!