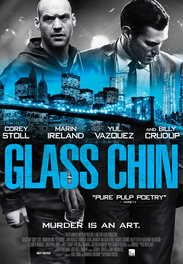 Former boxing champ Bud "The Saint" Gordon has fallen from grace and is living in a rundown apartment. Down on his luck and desperate to turn his life around, he makes a deal with a corrupt businessman to work as an enforcer and collect on outstanding debts. After a job gone wrong, he is framed for murder and has to make a tough choice between friendship and integrity.