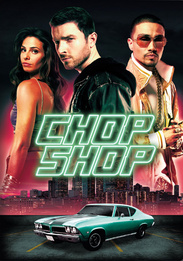 Friends Porter and Caine, are two car thieves who find their close friendship tested when one ultimately betrays the other. After being released from prison, Porter tries to go straight; however his prison record makes that road hard and Porter decides to turn to what he does best, stealing cars. Meanwhile, Caine, has inched his way up in the world and now runs a small crew of car thieves. Heâs pumped to have his best friend back and welcomes him into the fold. As Porter assimilates back into the life, he must navigate the black market world: chop shops, foreign buyers, the politics between street gangs, and the shot callers they answer to in prison.