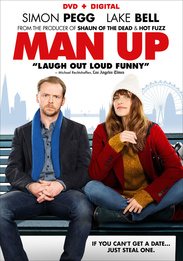 When Nancy is mistaken for Jack's blind date under the clock at Waterloo Station, she decides to take fate into her own hands and just go with it. What could possibly go wrong? MAN UP is an honest, heart-warming romantic comedy about taking chances and rolling with the consequences. One night, two people, on a first date like no other.