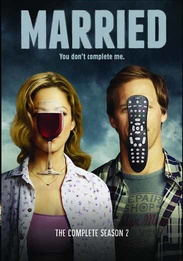 Despite Russ and Lina Bowman's (Nat Faxon and Judy Greer) struggle to reclaim their youth middle age is about to claim them! Meanwhile, as Lina's mom slips mentally, Russ's mom slips into something slinky for a cruise with a wealthy man. When Lina agrees to help AJ (Brett Gelman) by direction his children's play about addiction, Russ also tries to help- while drunk. The girls test their limits with their parents, Miranda pushes the envelope with Russ, and the man in the guesthouse may or may not be a serial killer as the second hilarious season ofMarried unfolds!