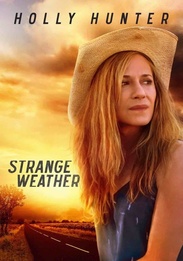 Darcy Baylor (Holly Hunter) is an academic administrator at a Mississippi college, but another round of budget cuts puts her job - like nearly everything else in her life - in limbo. Her son Walker committed suicide seven years ago, and the only constants in Darcy's life since then have been her gardening and her best friend, Byrd (Carrie Coon). Shortly after her worrying workplace news, Darcy learns that Walker's old college pal Mark (Shane Jacobsen) is now the owner of a successful restaurant chain - a chain whose concept, down to the last detail, was stolen from her son. Darcy immediately packs her bag, gets in her truck, picks up Byrd, and sets out for New Orleans to confront Mark and settle the score.

Rated R for a scene of sexuality.