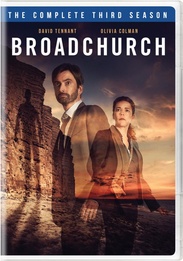 A local woman has come forward about being raped after her friends party. Detectives Hardy and Miller begin to investigate the case, questioning everyone who were at the party that night, however, they soon find out that a lot of the guest have secrets so they try their best to uncover the attacker.