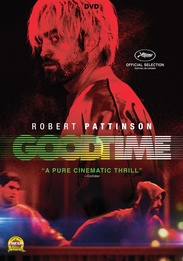 After a botched bank robbery lands his younger brother in prison, Constantine "Connie" Nikas (Robert Pattinson) embarks on a twisted odyssey through the city's underworld in an increasingly desperateâand dangerousâattempt to get his brother Nick (Benny Safdie) out of jail. Over the course of one adrenalized night, Connie finds himself on a mad descent into violence and mayhem as he races against the clock to save his brother and himself, knowing their lives hang in the balance.

Rated R for language throughout, violence, drug use and sexual content.

Released by Lionsgate and A24 Films. See more credits.