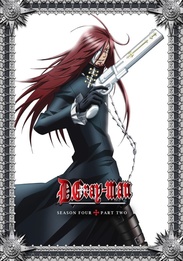 Allen and his friends are in dire straits when the transformed Tyki Mikk attacks without any sign of backing down. But right when they think they've lost, an unexpected ally appears-General Cross! The tides begin to turn until the Millennium Earl finally shows himself and reveals that the Ark is about to completely disappear. With little explanation, Cross sends Allen into the heart of the Ark with orders to control it using a key. But what is this key of The Fourteenth, and how is Allen connected to it? With time running out, Allen takes to the piano and plays the melody that lies within him!

Finally back home, the Exorcists see to some much-needed recovery. But the heads of the Order question Allen's loyalty and put him under the watchful eye of Howard Link. Right when things seem to have settled, Lulu Bell attacks and brings a horde of powerful Akuma. When one evolves to the never-before-seen Level 4, will Allen and his friends survive the fight, or meet their end?