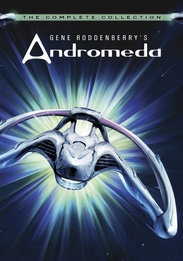 The Systems Commonwealth, the greatest civilization in history, has fallen. Now, Captain Dylan Hunt finds himself 300 years in the future after being rescued from a black hole by a salvage ship. Committed to restoring the Commonwealth, Hunt recruits the ships eclectic crew  but betrayal, corruption, and the persistent threat of the deadly aliens known as the Magog will put courage and loyalty to the ultimate test in Hunts fight to rekindle the light of civilization.