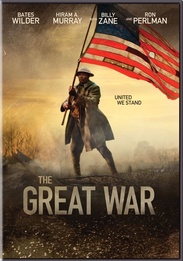 During the last days of the Great War, Lt. William Rivers leads a squad of U.S. troopers behind enemy lines to locate a missing platoon of African American "Buffalo" soldiers. Lt. Rivers must over come the horror's of trench warfare and his own beliefs about the rights of African American soldiers. In order to complete his mission, Will must find a way to unite men of opposite skin colors and survive the last great battle of the great war.