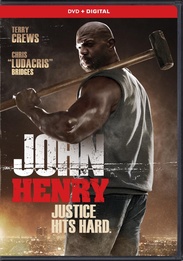 Terry Crews stars as ex-gang member John Henry, a quiet man with a violent history. John is forced to revisit his troubled past in order to save two immigrant kids on the run from his former gang leader (Chris "Ludacris" Bridges). Set in the gritty streets of South Los Angeles, John Henry is an action-packed crime drama about reconciliation, redemption and transformation.