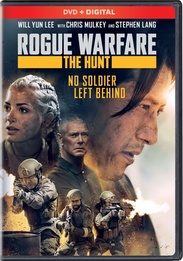 The second installment of the action-packed Rogue Warfare trilogy returns with its most daring mission yet. When the leader of an elite team of soldiers is captured by terrorists, a rescue mission is immediately ordered by the President of the United States (Stephen Lang) to infiltrate the enemies' home base and free their brother at all costs. The team must use all their united strength to overcome the enemy and survive, leaving no solider left behind.