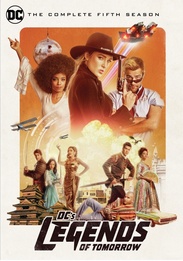 At the conclusion of season four, the Legends had to sacrifice one of their own. But in attempting to change her future, Zari accidentally changed not just the past she shared with Nate, but fundamentally changed who the Legends are in season five. Can our team go back to who they were this season? And can the Legends stop the literal Hell that Astra has unleashed on the world?