The Slasher is a Sex Maniac 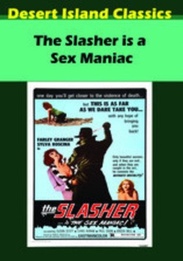 Inspector Capuana investigates serial murders where the victims of unfaithful wives were get killed as they were having sex with their husbands. A naked woman is found murdered and mutilated in a prosperous small province town in Southern Italy. But who is murdering her? After a while, the killer who wears black fedora, gloves, and trench coat starts photographing unfaithful wives as they start having sex with their lovers and also killing them.