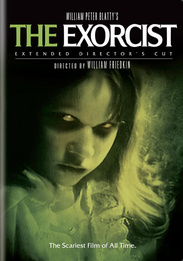 Blair is Regan, a young girl possessed by Satan. Her mother, Burstyn, summons the help of a priest who tries to save her while confronting his own private demons. A landmark film that spawned a new generation of horror movies.