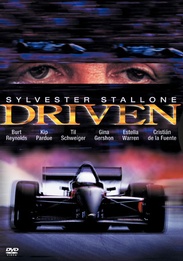 A washed-up CART driver is brought out of retirement to mentor anup-and-coming rookie driver. The two must put aside their differences inorder to take a run at the championship. On top of that, the youngdriver and his fiercest competitor compete on the track as well as offwhen they both fall for the same woman.

Rated PG-13 for language and some intense crash sequences.