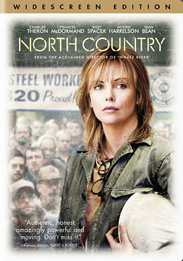 When Josey Aimes returns to her hometown in Northern Minnesota after a failed marriage, she needs a good job. A single mother with two children, she turns to the predominant source of employment in the region--the iron mines.

The mines provide a livelihood that has sustained a community for generations. It

Rated R for sequences involving sexual harassment including violence and dialogue, and for language.