Can Zach Galifianakis win an Oscar? 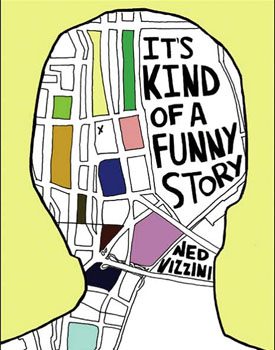 A shot of the cover from Ned Vizzini's novel

Zach Galifianakis has been acting for the better part of a decade, but he didn't blow up until last year's comedy heavyweight The Hangover. Since then, he's been the hottest comic property this side of Betty White.

The scruffy thespian is best known for playing slightly off-kilter comic characters like Alan in The Hangover or his turn as Therman in the upcoming Dinner for Schmucks, but it might be his portrayal of a mental health patient that will put him over the top.

I'll be completely honest, I didn't know much about It's Kind of a Funny Story before seeing the trailer this morning on Yahoo! Movies. But after seeing it, I'm ready to kick-start the Zach Galifianakis for Best Supporting Actor Oscar campaign right now.

As Bobby, Zach is able to play up his trademark traits, but it seems from the footage here that he's very restrained. Also, there's a slight hint in the trailer of a deeper storyline about how his character is not only able to help the lead character get his life back on track and win the girl, but in by doing so, he is able to reach his own breakthrough in mental illness.

Now granted, this is only 2 and a half minutes of footage, but the early reviews on the Internet are very positive with many of them indicating that this movie falls somewhere between an arthouse flick and a mainstream movie. In other words, the prime real estate from which many Oscar winners are plucked.

And playing a mental patient has traditionally been a role that is steeped in Oscar glory. Just ask Angelina Jolie, Jack Nicholson, Heath Ledger, Anthony Hopkins or Robin Williams.

It's Kind of a Funny Story is due out in theaters on September 24, 2010 and once we see it, we can make a better case or let the campaign die. However, given the direction of the trailer below, I'm gassing up the bandwagon, who's ready to join me?