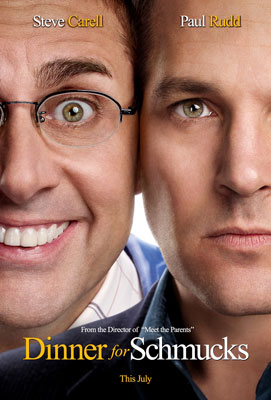 There are fewer things more hilarious in this world lately than whatever new project that Zach Galifianakis is working on. Well, over at Funny or Die, they have that next thing in the form of his popular web series "Between Two Ferns with Zach Galifianakis."

This time, Zach welcomes in Steve Carell, the co-star of his new film Dinner for Schmucks and I think you'll agree that the result is the best "Between Two Ferns" yet. Although, I'm still partial to the episode with Natalie Portman.

Well, check it out below and let us know what you think. Dinner for Schmucks hits theaters this weekend.