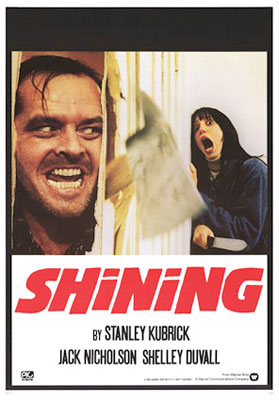 Yesterday, /Film confirmed that author Stephen King was indeed writing a sequel to The Shining. King read excerpts from the unpublished novel called Dr. Sleep during a speaking engagement at George Mason University.

Dr. Sleep centers on what became of little Danny Torrance from The Shining now that he's a 40 something year old man. Well, the answer, in part, is that he's an orderly at a hospice for the terminally ill using his unique powers to help ease the transition between this world and the next for his patients.

The antagonists in the story are a group of vampires called The Tribe who travel around the country like a band of gypsies. The Tribe doesn't feed on blood like traditional vampires, instead preferring the psychic energy of special people like Danny Torrance.

The Tribe seems like a worthy foe for middle-aged Danny who is most likely looking for some purpose in his life and questions his own mortality, all the while surrounded by death. It seems that The Tribe also possesses the vampire trait of immortality as explained in the excerpt from the novel read by King that you can watch below.

Interestingly, while The Shining with Jack Nicholson delivering an iconic performance as Jack Torrance and Stanley Kubrick giving deft direction was a hit with audiences, Stephen King despised the end result. Even so, The Shining is considered one of the best horror films ever made, so it won't take long for studios to get in line for the film rights to Dr. Sleep.

And this, of course, got us to start thinking about who we would love to see in the role of Danny and, more importantly, to fill Kubrick's shoes in the directing chair. Considering that Danny Lloyd only appeared in The Shining and never took up acting, I think it's a safe bet to assume that they'll be recasting Danny Torrance with a more established actor. 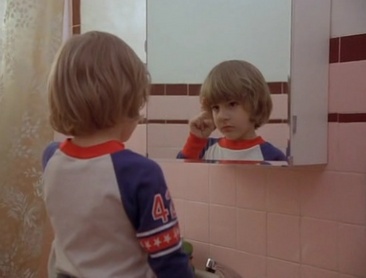 For some reason, the one actor that immediately came to mind for me was Corey Feldman. He's the right age and I think he has the right look of Danny. I think he's got the chops to pull it off as it will most likely be an intense role with a history of substance abuse (ala Danny's dad Jack). Corey is ripe for a great comeback role and this would certainly fit the bill.

Joel Edgerton would be another great get as I think he could expertly emote Danny's inner turmoil. However, given that the film isn't likely to hit screens until 2014, it's a safe bet that Edgerton's profile will be too huge by then to make him a cost effective choice.

Finally, I think Tom Hardy would make for an impish choice. While his profile is going to explode (even more) over the coming years, I think that he does possess more than a few qualities that I think Danny would have as an adult.

As for director, I think it would be wishful thinking (and a pipe dream) to think that Steven Spielberg would take on another Kubrick project after A.I.. Here's an interesting thought though that I think makes perfect sense. What about Guillermo del Toro?

I think his visual style combined with Stephen King's imagination would form a wonderful confluence of beauty and terror. Naturally, I'd kill to see what Quentin Tarantino would do with a Stephen King, but he seems rather intent to direct his own movies for now.

In the same vein, I could totally see Robert Rodriguez bringing the story to life on the big screen. While he has a similar style Tarantino, he doesn't mind working from a script by someone else.

We could play the "what if" game all day long, and given the book isn't even published yet, we've got a few years before announcements are made. But that won't stop us from having some fun, will it? Who would you cast as Danny or hire to direct Dr. Sleep?