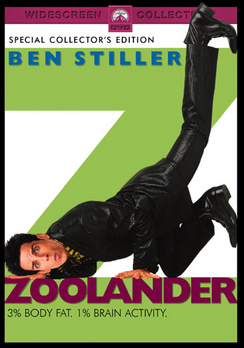 Zoolander is one of those films that you either love or hate. There is no middle ground and the sides are convinced they are correct. Tim is very much anti-Zoolander, while I have a fond spot in my heart for this stupid, quirky comedy.

So, when whispers started circulating that Zoolander 2 was getting close to becoming a reality, it became difficult to suppress my joy. Of course, Zoolander being Zoolander, they had to make the announcement with a certain amount of flair.

The said flair come in the way of the Maison Valentino Runway at the Paris Fashion Show where stars Ben Stiller and Owen Wilson showed up in character as Derek Zoolander and Hansel respectively. In true model fashion, the one-time rivals rocked the runway together.

They also took to social media to make the announcement.

Apparently Derek and Hansel have come to terms on #Zoolander2 ð

And as expected, Zoolander was his usual self.

While this is a great way to announce the sequel that will hit theaters on February 12, 2016, you have to wonder if the cameras were rolling to capture some B-roll for the upcoming film. There are only so many fashion shows that Derek and Hansel could drop in on between now and then. Something tells me that we'll see some of this in the film itself next year.