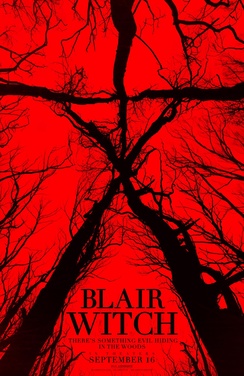 One of the great things about Comic Con is that you never really know what you're going to get. I mean, sure, you know that you'll see all of your favorite comic book people and as Hollywood has co-opted the event over the years, you know that you will see some pretty awesome and exclusive footage from upcoming blockbusters.

But, you just never know exactly what you will be treated to. Case in point, last year friend of the site Kevin Smith had his packed audience of Hall H pulled right from under him as he was preparing to hit the stage when J.J. Abrams invited everyone to an outdoor concert of Star Wars music. I wouldn't feel too bad for Smith though, J.J. did make it up to him by allowing Smith to voice a stormtrooper in The Force Awakens.

It's that kind of crazy event that could literally pop up at a moment's notice that truly sets the original San Diego Comic Con apart from its lesser brethren. For one weekend a month, Hollywood has a captive audience of the tastemakers of geek culture right down the road and they take full advantage of it.

This year, the surprises came in terms of trailers and film announcements and less so in convention clearing VIP events, much to Kevin Smith's relief.

The first major shock came on Friday as the world learned that in today's age of Social Media and instant gratification, it is still possible to keep some things secretive. Either that or the apathy is so high that no one cares.

Lionsgate sponsored a screening of their film The Woods on Friday night which sounds likes no big deal, right? Wrong. Well, wrong if you're a fan of the found-footage pioneer film The Blair Witch Project. It turns out that The Woods is really Blair Witch, a direct sequel to the original film that follows Heather's brother and friends back into the Black Hills Forest.

I really enjoyed The Blair Witch Project, but the ensuing onslaught of found footage and shaky cam films was a bit overwhelming. The original sequel Book of Secrets was terrible, so perhaps this one will be more satisfying for fans of the original film. It seems that they have captured the spirit of the original with this trailer.

Also, I enjoy the fact that Hollywood can still surprise us, not once but twice in the same year. I hope we see more covert projects pop up in the coming years.

Also debuting in theaters on September 16 is a horror film of a different variety altogether. Oliver Stone will bring his true story of NSA whistleblower Edward Snowden to theaters on that day. Joseph Gordon-Levitt is already receiving Oscar buzz for his portrayal of the titular character in Snowden and nothing I see in this new trailer argues otherwise.

It's going to be interesting to see how this film is received during the height of the politically-charged atmosphere that should be in full swing by then. More importantly, I wonder if the film's release will actually inspire one of the many insipid debate moderators to ask the Presidential candidates how they would handle the real Edward Snowden.

Marvel and Disney as a whole didn't make much of a splash this year as they did with The Force Awakens, but they did have an ace or two up their sleeve. The first and most interesting thing they released also remains the one thing that they haven't officially released yet. That would be the first look trailer for Guardians of the Galaxy Vol. 2. I understand the whole idea that they want to preserve some awesomeness for the people who were actually there, but withholding this footage seems torturous for the rest of us.

There are reactions and descriptions of the trailer out there, but you'll have to seek them out on your own. I refuse to play accidental spoiler on this one.

The next thing they showed is a really cool Black Panther featurette that is part of the special features included on the Blu-ray version of Captain America: Civil War due out on September 13.

Finally, they released the second trailer for Doctor Strange. As much as I love Benedict Cumberbatch, I wonder if Marvel bit off more than they could handle with this film. It looks more like a sequel to Inception than the latest entry in the Marvel Cinematic Universe (MCU). I'm intrigued, but also still scratching my head. I guess we will all find out when it debuts in theaters on November 4.

The real winner of Comic Con though was without a doubt Warner Bros. This is perhaps shocking given that the MCU has been kicking its DC counterparts' butts for some years now. This year's relative "weak" performance by Batman v Superman: Dawn of Justice was yet another indication of just how far ahead of the field Marvel was.

And then, WB laid down the smack during their presentations. We got a smattering of extended trailers and clips from almost all of their upcoming films, but the first look at Justice League may have taken the cake and single-handedly save the DC film universe.

But first things first, there's a new Harry Potter film of sorts coming out this year and everything so far looks amazing. The Comic Con trailer is no exception as we finally get extended looks at Colin Farrell and Dan Fogler's characters.

Fantastic Beasts and Where to Find Them will embark on its cinematic release on November 18.

It seems like WB has been trying to figure out this whole King Kong riddle for decades, but they may have finally got it. The first look at Kong: Skull Island was shown and it's hotter than star Tom Hiddleston's relationship with pop star Taylor Swift.

My two-year-old son's favorite trailer from Comic Con is hands down, the new offering from The LEGO Batman Movie. Michael Cera joins the antics as Robin and it's going to be an opening weekend family event at my house when it opens on February 10, 2017.

The one film that has me scratching my head a bit is King Arthur: Legend of the Sword. The visual style of Guy Ritchie has obviously brought us a version of the classic tale that we've never seen before. Some parts were amazing and others (the naked camouflaged tree women?) were just plain baffling.

I will hold my judgment until I see more, but the good news is that there's plenty of time before the film comes out on March 24, 2017.

Suicide Squad comes out in a few weeks, but that didn't hinder them from bringing out one last new look at the film. The "Soundtrack Remix" is just what this film needs to bring the palpable excitation to a climax ahead of its August 5 opening. While the film looks promising, it's a bit disconcerting that they have taken a route that so openly panders to men, especially when the next film is such the opposite.

On June 2, 2017, the Wonder Woman stand-alone/origin film hits theaters and it was a bit of a surprise to see footage this early. My wife, who hates the Suicide Squad depiction of Harley Quinn and the like, absolutely loved this trailer and is excited to take our daughter to see it next year. I think it looks really good, even if appears to borrow heavily from the MCU formula.

Hands down, though, the show stealer of the Con was Justice League. It doesn't hit theaters until November 17, 2017, and is actually still in the middle of production, but WB showed up in San Diego with a full two minutes and thirty seconds of awesomeness.

We get to meet all of the new members of Justice League and the levity is a welcome touch from The Flash. It's also obvious that Jason Momoa is perfectly cast as Aquaman. One person noticeably absent from the footage is Henry Cavill's Superman. Personally, I think it really works here as it allows Ben Affleck to shine in the way that only he can.

Basically, WB did as much in those two and a half minutes to salvage their potential sinking DC ship than anything that came before it combined. For the first time, I can say that I genuinely excited to see where this DC film universe is headed. What do you think?