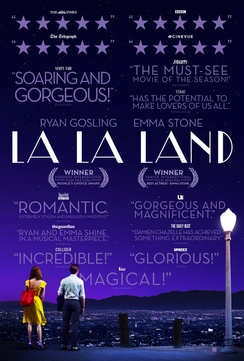 If there's one thing that my dearly departed (from this site, not from the Earth thank goodness) colleague Tim always preached, it was to keep religion and politics separate from the site. We have tried our best to do so and will continue in that effort as much as we can, but last night's Golden Globes awards show is just the latest reminder of the deep fracture that exists in this country.

What should have been a wonderful celebration of an amazing year of diversity and great films was largely overshadowed by an acceptance speech by Hollywood royalty Meryl Streep. She received the Cecil B. Demille Award and her five-minute speech turned into an indictment of the incoming administration without naming names.

In case you missed it, the speech is embedded below.

Host Jimmy Fallon largely ignored the elephant in the room throughout the evening, but Meryl went for it in a big bad way that immediately set the Twitterverse on fire. As expected, it didn't take long for the President-Elect to fire back his thoughts on the speech.

Meryl Streep, one of the most over-rated actresses in Hollywood, doesn't know me but attacked last night at the Golden Globes. She is a.....

Hillary flunky who lost big. For the 100th time, I never "mocked" a disabled reporter (would never do that) but simply showed him.......

"groveling" when he totally changed a 16 year old story that he had written in order to make me look bad. Just more very dishonest media!

We try to remain as neutral as we can here, but come on, did Trump really call three-time Oscar winner Meryl Streep "over-rated"? I can't say that I agree with that opinion. But enough about last night's political side-step, let's talk about the awards themselves.

The big winner of the evening was without a doubt La La Land. The musical won in all seven categories in which it was nominated including Best Picture, Comedy or Musical, Best Director, Best Screenplay, Best Actor, Comedy and Best Actress, Comedy. This sweep sets up an intriguing possibility for next month's Academy Awards, will this be the first time since 1991's The Silence of the Lambs to sweep the top five awards?

Only three films have won the Oscar for Best Picture, Best Director, Best Actor, Best Actress and Best Screenplay in the history of the Academy Awards, One Flew Over the Cuckoo's Nest, It Happened One Night and the aforementioned The Silence of the Lambs. For La La Land to have a chance, it will probably face the greatest challenge in the acting categories where Ryan Gosling and Emma Stone will have to fend off the likes of Golden Globe Drama winners Casey Affleck and Isabelle Huppert among others.

It will be something to keep an eye on for sure, but there's still plenty of time for films to build some momentum. The Oscar nominations won't even be announced until January 24. The 89th Academy Awards will be handed out on Sunday, February 26.

All of the Golden Globe winners and nominees are listed below.