Review: 'Hangman' is a game that should not be played

The suspense/serial killer oeuvre is one that is very lucrative and, when done right, is very satisfying for the audience. I mean, who doesn't love a well-thought-out whodunnit?

Sadly, Hangman is not very well thought out and fails to keep the audience entertained enough for the entire 98-minute journey. Despite having an amazing cast and cribbing from some of the masters of the genre including Seven and Kiss the Girls or any other Morgan Freeman suspense film, the film's plot is decidedly paper thin and almost insults the audience's I.Q.

When you start with Al Pacino and Karl Urban, you have the makings of an interesting film. Both actors are phenomenal in their own right, but when you combine them in Hangman, they go together like oil and water. I certainly wouldn't say that either of them simply took these roles just for the paycheck, but it does feel at times that they are simply going through the motions.

The normally engaging Al Pacino is a poor facsimile of himself in the film when he takes time to chew up the scene. Usually, his monologs are insightful and scary, but much like an athlete that has long overstayed his welcome, he swings and misses far more often than he hits home runs.

I have really become something of a Karl Urban fan over the years as he's an actor that likes to take on different roles. While he's mostly known for his action performances, he is getting increasingly adept at comedy, but the hard-boiled cop is one that he still needs to perfect. He is able to provide a rare ray of light in the film when he struggles with his backstory of a murdered wife, but it's not enough to counter the general direction of the film.

While I didn't have any specific complaints about Brittany Snow or her performance per se, I'm wondering what exactly she adds to the plot. This isn't Castle: The Movie, so why do two veteran cops allow a journalist to tag along on their pursuit of a serial killer? In addition, several of her interactions seem forced and only serve to punch up the running time that is already pretty bloated.

Overall, the film has an interesting, albeit generic, concept in which the killer baits the cops pursuing him with a game. It seems that all serial killers are obsessed with games and outwitting the police. I suppose this fascination dates back all the way to the first popular serial killer Jack the Ripper, so I guess we shouldn't be surprised to see it reflected on the big screen time after time. I just didn't think the ending satisfied the investment of time and the actors couldn't be bothered to care one way or the other.

Hangman is now available on DVD and Blu-ray. 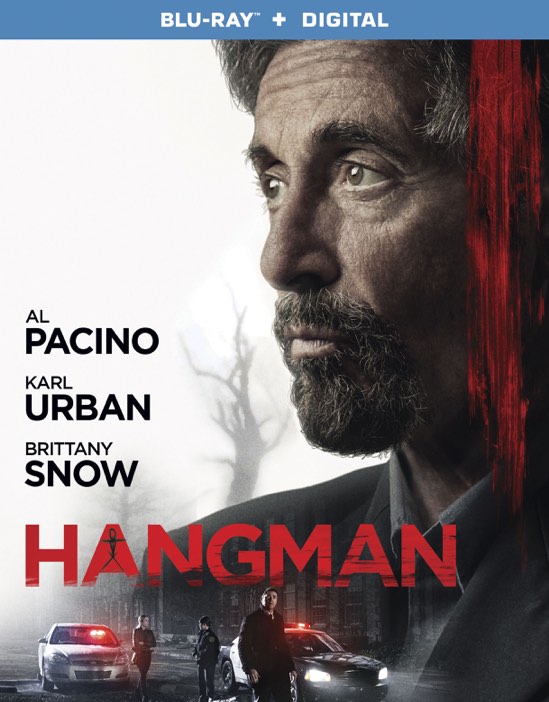 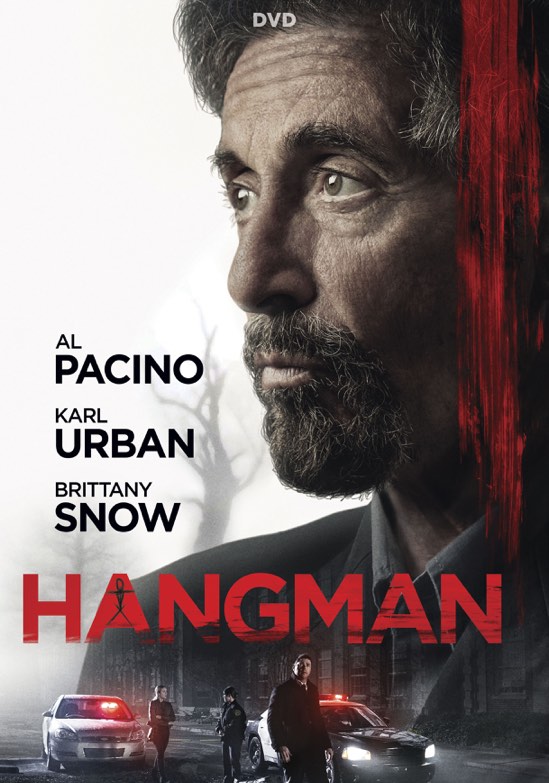