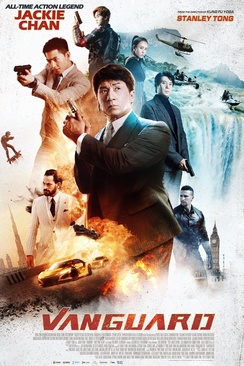 Jackie Chan is 66 years old and shows no sign of slowing down. The life-long martial arts actor trained with Bruce Lee and his unique style of comedy and action has come to define a certain brand of martial arts film that can quite simply be summed up as a Jackie Chan.

Chan has prided himself on doing all of his own stunts and refusing to "pull a punch" so as to create a sense of realism that is quite literally unmatched in the genre. But, Jackie Chan is no spring chicken anymore.

While he isn't getting any younger, that doesn't mean that he's slowing down anytime soon. We really haven't seen a rise to an heir apparent for his special brand of performance, but perhaps we start to see a passing of the baton in his latest film Vanguard.

Jackie Chan stars as the CEO of a covert security company tasked with protecting a wealthy businessman and his family when he rats out his partner. Set in locations across the globe, will Jackie Chan's company protect their clients, or will they become the latest victims of the world's deadliest mercenary organizations?

I have always considered myself a pretty lukewarm Jackie Chan fan over the years. I enjoyed his early work across the pond and his crossover work ala Rush Hour and Shanghai Noon, but I've found most of his work in the last decade or so to be quite forgettable.

So, I was rather surprised that when I watched Vanguard, I didn't immediately hate it. In fact, I rather enjoyed the film and I think it will find quite a sizeable audience given the current pandemic situation and its impact on home entertainment.

Let's face it. The single greatest genre of film that has been shuttered due to Covid-19 has been the action movie. With the current trend of gritty, up-close fighting taking center stage thanks to films like the John Wick franchise, it's just harder to film these types of hand-to-hand combat films safely.

Furthermore, even if such films are in the can ala No Time To Die, the financial investment in these films dictates a wide theatrical release that the current Covid atmosphere won't allow. In other words, we won't be seeing big-budget Hollywood action films with any regularity until it's safe enough to return to theaters in large droves.

So, for now, we are left with subpar direct-to-video actioners that were either in the can before the pandemic or rely instead on more distanced action. The result has been rather lackluster, to say the least.

Vanguard is the type of film that critics will pick apart seeing who can one-up each other with the wittiest retort, but these films are genuinely critic-proof. In terms of a general audience, director Stanley Tong reunites with Chan to create a vast, metropolitan action flick that at the very least passes the eye test.

Filmed in London, Zambia, India and Dubai, Vanguard has the international slickness that is commonly found in the better James Bond movies. What the film sacrifices in story or character development, it more than makes up for it with the type of glossy action that audiences are craving.

While being marketed as the latest Jackie Chan movie, the real stars of the film are the young actors Yang Yang and Lun Ai. It's almost as if the movie serves as a sort of passing of the baton between Chan and his younger cohorts.

Yang is the more technically sound martial artist and commands attention in action scene after action scene, while Ai brings the comic chops that Chan's movies are famous for. Both actors complement each other well and we can only hope that they continue to work together once this pandemic finally abates.

Vanguard is the type of movie that would have been a strong secondary title back in the day, but the status quo automatically elevates it to a top pick. If you're simply looking for some good old-fashioned escapism action, then I'm fairly sure you won't be disappointed.

Vanguard is now available on Blu-ray and DVD. 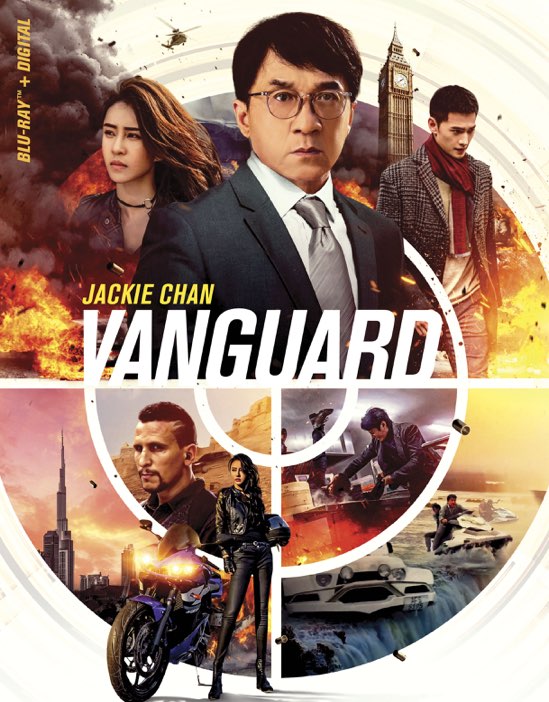 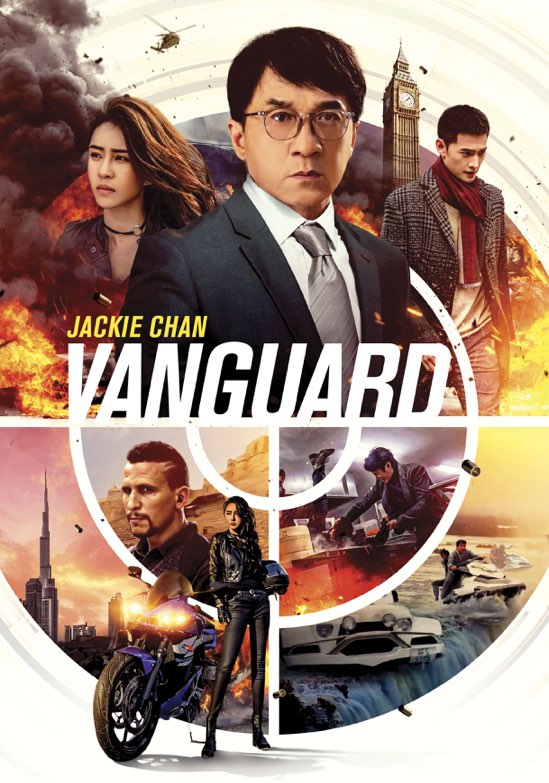