Review: 'Cicada 3301' is a tangled web worth getting caught in 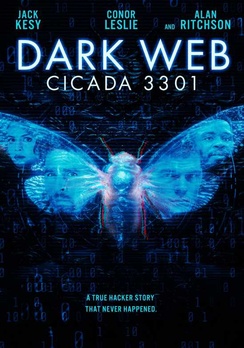 I love puzzles. I love mysteries. I love treasure hunts.

Dark Web: Cicada 3301 checks all of those boxes and then some.

Last year, I was utterly captivated by Jason Segel's imagination on full display in Dispatches from Nowhere. Better yet, the central mystery of this limited TV series was based on a real-life mysterious game that seemingly dissipated as quickly as it appeared.

The film is likewise based on a real-life online treasure hunt that captivated the online community in 2012 and is still potentially ongoing. Cicada 3301 has been described as everything from a hoax to a recruiting tool by the CIA or some other three-letter organization.

Every day, whether it's Pronunciation Guide or The Markovian Parallax Denigrate, the Internet is ripe with mystery and intrigue. And I love every moment of it. So, it shouldn't be too surprising that I bought into Dark Web: Cicada 3301 hook, line, and sinker.

Based on the real unsolved events, Dark Web: Cicada 3301 follows a genius hacker who unwittingly stumbles upon Cicada 3301 and is inexplicably drawn into its web. Intrigued by the prospects of an online treasure hunt, he must team up with his best friend and another hunter to avoid the NSA and discover the truth that lies deep within the labyrinth that is Cicada 3301.

While I was certainly intrigued by the movie's premise, I went in relatively unspoiled. I vaguely knew of the concept of Cicada 3301, but I wasn't intimately familiar with it. And I certainly wasn't talented enough to hack my way around to any sort of solution.

I also have not seen a single episode of Titans or Blue Mountain State, so I wasn't familiar with Alan Ritchson's work. As he not only wrote and directed the movie but also provides a worthy foil as NSA Agent Carver, I might need to rectify these shortcomings.

As writer and director, Ritchson sets up the film perfectly in media res as hacker Connor is on trial for some unseen crimes. And this isn't your ordinary trial. No, this is one of those secret FISA courts where there are no witnesses and little regard for authority.

He then makes it clear from the start that Connor is the world's most unreliable narrator often at the expense of the inept NSA agents and especially Agent Carver. You see, that's the beauty of Dark Web: Cicada 3301. Not only is it an intriguing mystery and suspense film, but it's rather smashing as a comedy much like the similarly-themed National Treasure films balanced its action and laughs.

Just when things couldn't possibly get any more outlandish, the events take an abrupt right turn before coming back to the present where things are boiling over in the courtroom. So, you must take all of the events that Connor recounts with a heavy grain of salt that must be unraveled through repeat viewings.

It becomes apparent during the climax that this film could only be viable with this sort of approach in order to give the audience any sort of satisfying ending. And trust me, it delivers in spades to such a degree that I can only hope that someone else with deeper pockets than mine will front them the money to make a sequel.

For as many answers that we are provided, we get twice as many questions so that by the end, I feel much like I did after watching Now You See Me. I was satisfied, but I was dying for an encore.

We got that encore in Now You See Me 2, but it remains to be seen if we will get the same level of closure with Dark Web: Cicada 3301. Even if we don't, the ride was enjoyable and the ending was enough to satiate for now. With the great camaraderie between Jack Kesy and Alan Ritchson, one can only hope that the pair teams up again in some form or fashion.

Dark Web: Cicada 3301 is now available on Blu-ray and DVD and it would make a worthy addition to any film buff's library. If you remember Under the Silver Lake, this movie gives off many of the same vibes and delivers just as many delightful moments. 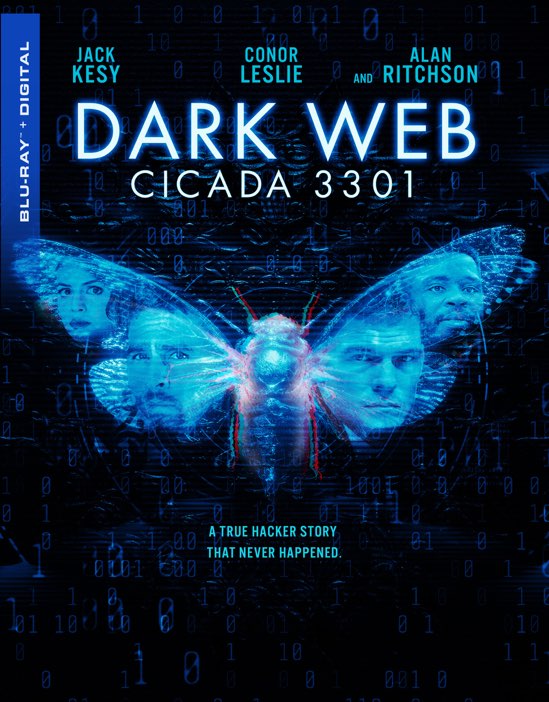 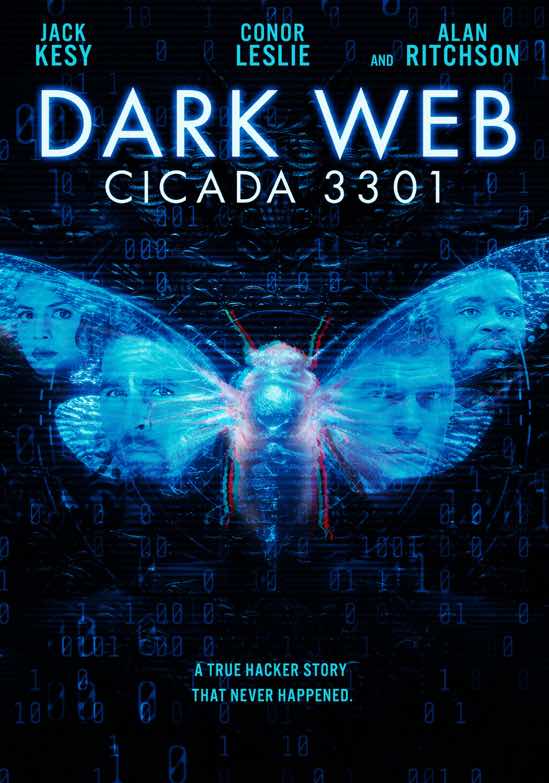