Review: 'The Penthouse' loses its view 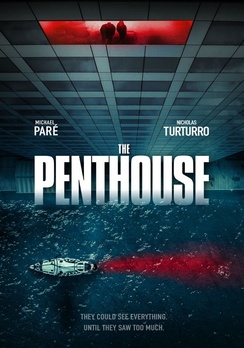 They say when it comes to real estate, it's all about location, location, location. Well, the filmmakers certainly couldn't have done much worse in choosing to shoot the high-rise thriller The Penthouse in Carolina Beach, North Carolina. It's located on Pleasure Island and borders up against the Cape Fear river.

Those are some serious thriller vibes, but sadly none of them rubbed off on The Penthouse.

A couple buys a new penthouse condo on Carolina beach and it has everything - including a perfect view of the marina. After they notice a couple bickering on a boat, they become invested in the frightened woman and notice that she's gone missing. Suspecting that the boyfriend may have killed the woman, the couple gets caught up in a deadly game of cat and mouse.

I'll be the first to admit that I'm a nosy neighbor. I'm Tom Hanks in The 'Burbs and Rear Window is my favorite Hitchcock film. You would think that I would be the target audience to fall in love with The Penthouse. But alas, I did not.

The Penthouse does fancy itself a bit like a modern take on Rear Window, but the comparisons end after the nosy neighbor bit. The main issue with The Penthouse is that it's a boring thriller with no real twists to speak of. Heck, even Hitchcock knew that you couldn't give the audience everything and then expect them to sit there and enjoy the tedious climax.

The first half of the film was as slow as watching paint dry and the back half was filled with ham-fisted scares and dialog so bad that even the Razzies wouldn't touch it for worst screenplay. The only thing keeping me watching was the misplaced belief that there had to be some sort of shocking twist to pay off. Sadly, the ending was predictable and the film went out with a whimper.

The film's two headliner stars Michael ParÃ© and Nicholas Turturro seem more interested in cashing their checks than they do with producing any sort of acting. In particular, Michael ParÃ© turns is a routine performance that could have been copied by any number of B-List actors. We have seen better from him in the past, but if The Penthouse is any indication, he seems to be phoning it on as he rides off into the sunset.

The biggest detriment to the movie is the lackluster screenplay. Considering that it was written by co-star David Schifter, the fog is starting to clear as to where The Penthouse went wrong. The writing was rather weak and, in particular, the female characters were just cardboard cutouts passing time until David and Michael could have their big showdown.

In the end, you can see why The Penthouse was shelved and dumped in the middle of a pandemic. Sadly, we've seen wave upon wave of these lackadaisical films over the last, but there might be hope on the horizon. With the vaccine rollout, studios are optimistic that the Summer box office might start to resemble a more traditional release schedule.

That means that come fall and the holidays, our home entertainment options should be back to their normal quality and quantity. In other words, we won't have to settle for the likes of The Penthouse. Until then, though, we still have to navigate our way through potential landmines and while your mileage may vary, I feel it's best to avoid this movie at all costs. You'll thank me later.

The Penthouse is now available on DVD. 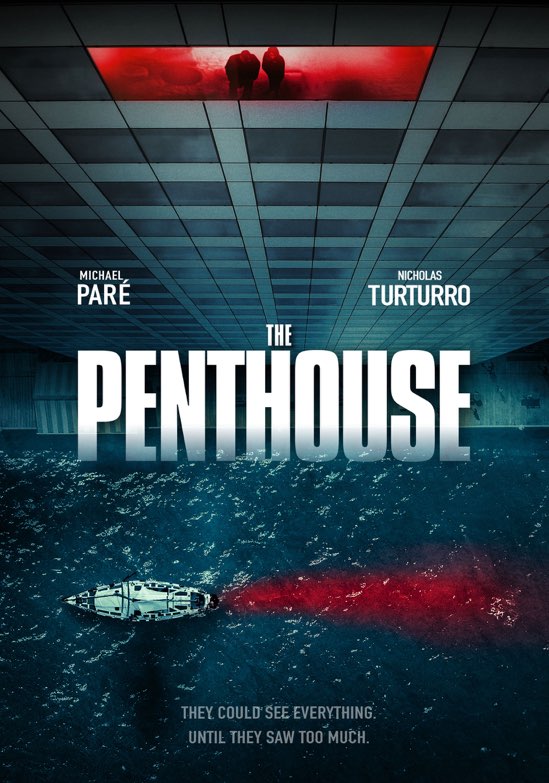