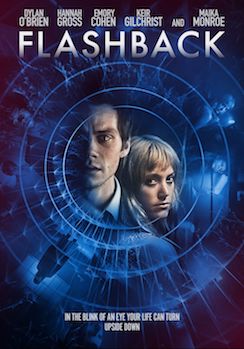 Every once in a while a film comes along that almost defied explanation.

Such films that meet this distinction that immediately come to mind include Donnie Darko, Under the Silver Lake and Dark Web: Cicada 3301. Flashback is the latest film to join the club.

There has been a real trend lately where entertainment bends the rules of reality, perception, and participation. Think of last year's Dispatches from Elsewhere where the content of the show encouraged the audience to actively participate in the show and the results were both thrilling and satisfying.

Some films elevate themselves over others and the little pandemic pause has really underscored how important it is for these type of films to reach an audience. Not every film can be a massive comic book blockbuster or an indie darling, but those films are a drop in the bucket. The true cult classics are those movies that demand to be watched over and over again.

Dylan O'Brien plays a man at a crossroads in his life, on the verge of major personal and work milestones, who finds himself having visions of a friend from high school who mysteriously vanished. After reaching out to old friends, he realizes that his memories may hold the key to her fate, but can he trust his own mind?

This film was previously being marketed under the name of The Education of Frederick Fritzell but somewhere along the line some marketing "expert" rebranded it as Flashback and here we are. We can debate the name change, but even the new vanilla title shouldn't cause you a moment's hesitation to throw this movie in.

I've long been a fan of both Dylan O'Brien and Maika Monroe, so getting the chance to see them both chew the scenery togther was a pleasant experience. They are both settling in nicely to their respective careers and it was great seeing them both handle a bit more of a meaty performance than some of their earlier work.

It's really hard to talk about the film without giving away key plot points, but the filmmakers do a great job with a meandering storyline that jumps back to the past and present as well as maybe even a bit sideways. It's presented in such a way that the audience is able to insert its own interpretation into matters.

No matter what your take is on the third act, the result is a compelling thriller that channels the best parts of Inception, 12 Monkeys and Memento. All three of these films challenge the limits of memory and the idea of reality existing within one's own perception. In many ways, Flashback's main thrust is exploring the boundaries of memory and perception and how they intermingle with our experiences.

In some ways, there's a philosophy lesson to be learned from Flashback, but what's the poing in learning something when you can enjoy the ride? Or maybe, that is the point.

Immediately after I finished watching the movie, I wanted to show it to my wife so that we could talk about it. Any film that ends with a desire to discuss it is aces in my book. It's like the old line from True Romance about seeting a movie and getting pie.

While we each watch and experience a film in our own internal ways, it's the social dynamic that follows which helps to separate the wheat from the chaff. You can watch a really great film and appreciate it for its film technical aspects, but it doesn't truly transcend the experience until you are able to share it with someone else.

Flashback is the type of film that will force you to seek out others to talk about it. This communal experience gives greater meaning to the film and elevates it from the mostly forgettable options in the market.

Flashback is a true cult classic and you should watch it soon so as to join the conversation. Flashback is now available on Blu-ray and DVD. 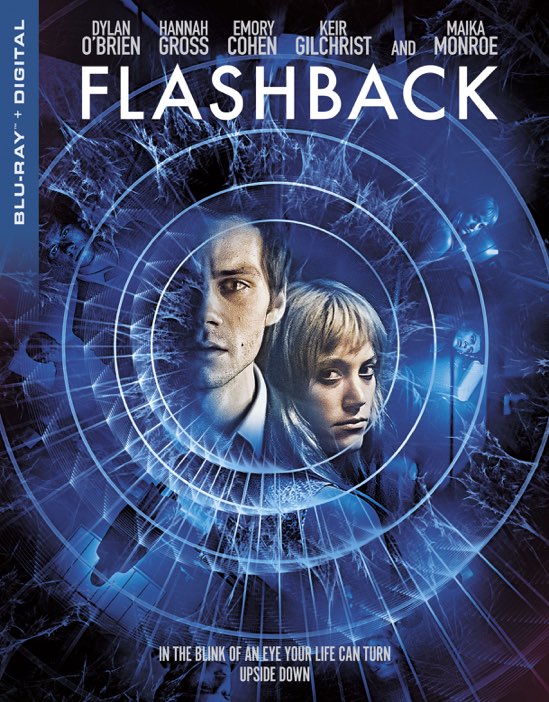 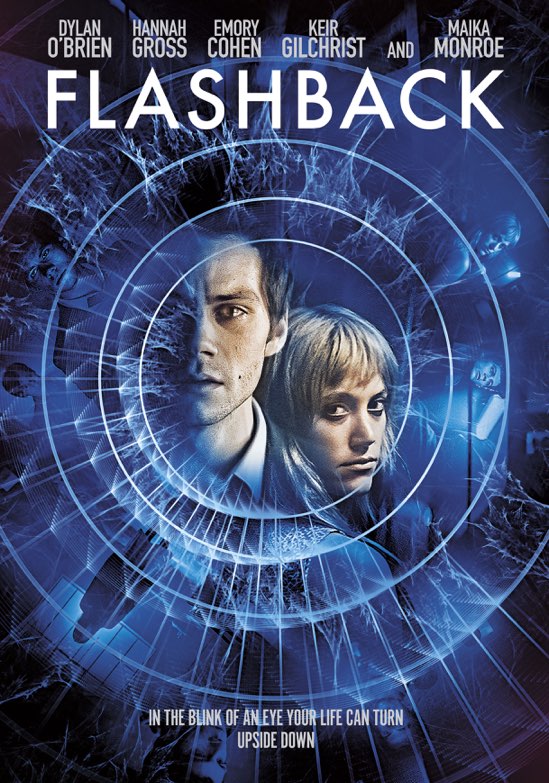