Review: 'Supergirl' goes out with a bang 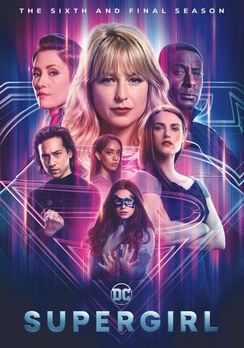 It's been a long and winding road for Supergirl, but I think we all agree that it's time to let go. Since its glitzy debut season on CBS, the show really found its stride on the CW. After it was fully embraced by the Berlanti Arrowverse, Supergirl proved to be an invaluable member of this powerful lineup.

But, finding the right time to say goodbye is always hard. For Supergirl, it was time.

A large reason for the success of Supergirl was due to its very talented lead Melissa Benoist. With the exception of a very nit-picky prominent scar about one of her eyebrows (would Supergirl even be capable of being scarred?), Melissa Benoist is perfectly cast as Supergirl and she brought the right amount of charm and kickass to the character.

But it was getting pretty obvious that Benoist was ready to hang up the came once and for all. She recently gave birth to a child in 2020 and at 33, it's now or never for her to make the leap to the big screen. Personally, I think she will be great in movies and I can't wait to see what the future holds for the talented actress.

But before we get ahead of ourselves, let's dive into the last season of Supergirl.

SUPERGIRL returns for her sixth and final season! Proving that friendship is every bit as important as truth and justice, Kara Danvers balances her work as a reporter for CatCo Worldwide Media with her role as Supergirl, keeping National City and the Earth safe from sinister threats. As she struggles to navigate her day job and friends, her heart soars as she takes to the skies as Supergirl.

Our whole family fell in love with Supergirl when it debuted on CBS, but my wife found the grittier version offered by The CW to be a bit too much for her liking, but the show was still a weekly watch for me and my young daughter. As a father, Supergirl is everything that you could hope for in a role model for your daughter, but even I had a few cringe-worthy moments over the last few seasons when storylines often escalated into more PG-13 territory.

As I mentioned before, Jon Cryer's return to the Luthor family has been one of the best things to happen to TV over the last decade. Despite being a wonderfully kind and humorous guy, his portrayal of Lex Luthor is downright diabolical and perfect for the Berlanti-verse.

As you may recall, Cryer actually cut his teeth in the Luthor family by playing nephew Lenny in the abysmal Superman IV: The Quest For Peace. Thankfully, he is making up for this atrocious entry in the Superman canon with his spectacular work on the CW. He really brought it the last couple of seasons and the final season was easily his most diabolical and amazing work with the character.

I'm not sure if the Berlanti-verse can find a way to keep his Lex Luthor in the rotation, but they should really try to make that happen. He and Melissa Benoist were excellent foils and as expected, they did not disappoint in the climax. I'm not sure what Jon Cryer's plans are after this show, but I wouldn't be mad if they found a way to spin off his character to his own show.

As to the scope of Season Six, I really enjoyed the Shadow Zone arc quite a bit and the expansion of the Super Friends. While it took the series a long time to get there, the major takeaway from Supergirl will be the need to rely on friends and not to battle all of your demons by yourself.

Whether it's Superman or Supergirl the themes of being the hero versus relying on the help of others has been an endearing theme. It also happens to be a powerful message that we should try and carry into our everyday lives.

I will miss her and I will miss the weekly time my daughter and I spent watching her adventures spill out on the small screen. While the show wasn't always perfect, it proved resilient time and again and that's the quality that will live on for me.

Supergirl: The Complete Sixth and Final Season is now available on Blu-ray and DVD.